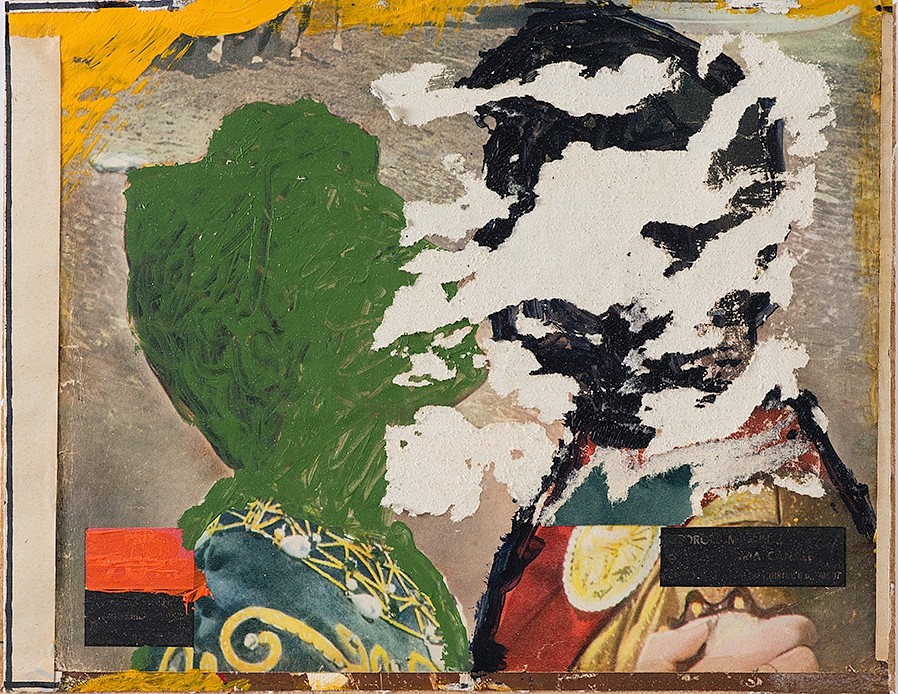 D’autre fois is the second collaborative exhibition of Elad Kopler and Gilad Kahana. The works on show combine acrylic and oil painting with collage made from images taken from 1950s and 1960s French film magazines. The works center on relationships between lovers, and especially the difficulties they involve – blindness or avoidance, paralyzing regrets, infidelities, uncontrolled emotions and the constant reworking of memories.

The descriptions that were used to accompany cinematic frames lend the works a sense of ongoing drama, which takes place entirely in the mind. Acts of erasure and subtraction merge with ease on the works’ surfaces; the loss of a layer often appears as an addition rather than a removal.

Kopler and Kahana’s collaborative work takes place simultaneously on several canvases, each artist working alone. If either of them wants to halt (or must let the paint dry) they swap places. Their work process lacks hierarchies, both artists are free to glue magazine cuttings, to paint, frame, peel, rip, maintain the work’s geometric form or even distort it completely.

D’autre fois means “some other time.” According to this series of works a strained relationship is never in the present but always in some other time.